Correction of a nose is carried out to:
– change a tip of a nose ( chondral nose part surgery)
– nose’s shape correction by its reduction, removing a bone bump, reshaping its chondral or bone skeleton
– deviation of nasal septum correction

Each surgery can be done separately , depending on the effect we want to achieve, as well as the case.

Rhinoplasty can be performed in two different ways:
-by inner incision (inside of a nose)
-by so called „open nose” – incision inside and on nasal bridge

This surgery can be performed only on adult patients, over 20 – 21 years old, when the bone apposition ends. Rhinoplasty is one of few surgeries, where for a final result one waits about a year.

Rhinoplasty is carried out under general and local anesthesia. Average time of the operation is 1,5h.

It is necessary to stay in the clinic for up to 2 days. 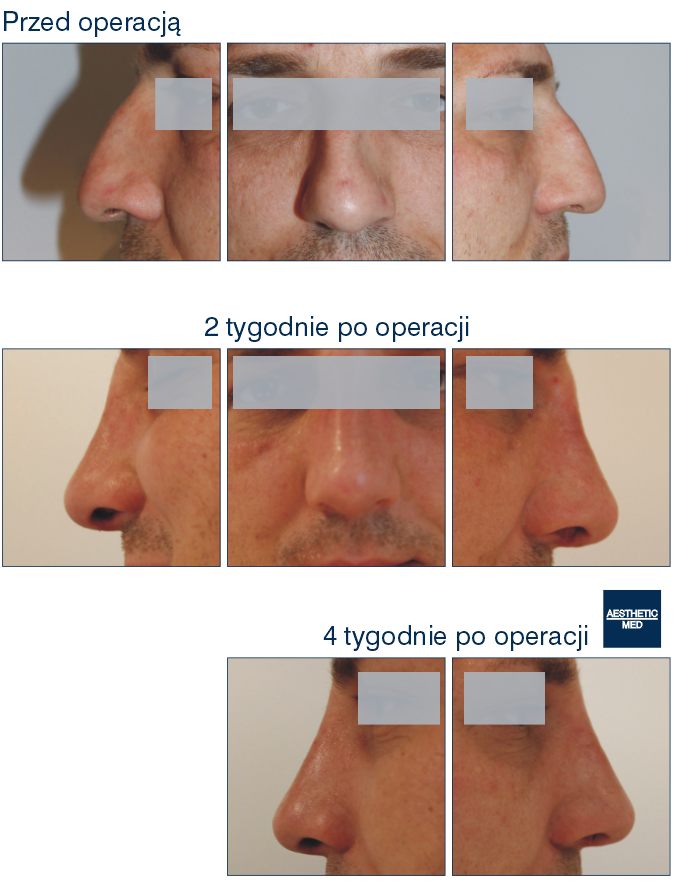 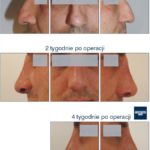 Right after the surgery nose is protected by a thermoset dressing. It is removed after 10 days. Correcting adhesive tape remains until definite reduction of the swelling. The major discomfort after rhinoplasty is nasal tamponade which is removed on the next day after the operation. Right after the procedure appears bruising around eyes and eyelids engorgement.

Probable complications after rhinoplasty are: incomplete shape correction and infection. After the surgery it is necessary to:
moisturize and delicately clean the skin on your nose as well as moisturize nasal mucosa, avoid strenuous physical activities, bending, freezing your nose, avoid sunbathing.